NAVI MUMBAI, Aug 13 (The CONNECT) -India gets its first Ramasar site in a city as the Thane Creek Flamingo Sanctuary (TCFS) has been given the coveted tag.

Bhupender Yadav tweeted the announcement and said the country’s Ramsar Site count has gone up to 75 with the latest list of 11 wetlands, including TCFS.

“Elated to inform that 11 more Indian wetlands have got Ramsar recognition. This takes our tally to 75 sites,” the Minister said.

ranks amongst the most important bird habitats in the region and is an interesting dividing line between the Mumbai and Mumbai suburbs, Thane and the city of Navi Mumbai.

Virendra Tiwari, Additional Principal Chief Conservator of Forest, Mangrove Cell said, “The value of this wetland is now recognised as contributing to global biodiversity. We are committed to safeguarding this area, administering it in accordance with international standards, and making sure biodiversity is sustained over the long term.”

Encompassing a total area of 6522.5 hectares (ha) of which 1690.5 ha has been declared as the Thane Creek Flamingo Sanctuary (TCFS) and 4832 ha notified as Eco Sensitive Zone around the Sanctuary, this is now the largest wetland area declared as a Ramsar site in Maharashtra. The state now has three Ramsar sites after the 800.96 ha Nandur Madhmeshwar in Nashik district and 427 ha Lonar Lake in Buldhana district were declared Ramsar sites in January and November 2020 respectively.

Welcoming the pre-Independence Day gift, NatConnect Foundation director B N Kumar expressed the hope that this will encourage the authorities to protect and conserve the wetlands in Mumbai Metropolitan Region I(MMR) whch have been under attack from various project proponents.

The Maharashtra State Mangrove Cell first proposed Thane creek as a Ramsar site on July 8, 2021. The proposal was authorised by the Maharashtra Environment and Climate Change Department on December 9, 2021, and the State government forwarded the request to the Centre in February.

NatConnect has already demanded that the Panje-Dongari wetland in Uran should be declared as a Ramsar site to maintain the ecological balance of the area.

BNHS has also called for conserving the wetland with rich biodiversity, which is the destination for thousands of migratory birds.

Nandakumar Pawar, head of Shri Ekvira Aai Pratishtan, criticized CIDCO for destroying “giant sponges” called wetlands in Uran Taluka under the guise of development and thus causing flooding of villages which did not have any history of inundation over the past decade and half. Wetlands such as Panje must be conserved, Pawar who is fighting a prolonged legal battle for the cause, said

The preservation of this wetland is essential to safeguard the ever-expanding metropolis of the Mumbai region, from fish supporting local livelihoods, groundwater recharge and discharge to maintain hydrological regime, to mangroves playing a crucial role in erosion reduction, pollution control, carbon sequestration, and combating natural disasters like cyclones.

The Maharashtra State Mangrove Cell first proposed Thane creek as a Ramsar site on July 8, 2021. The proposal was authorised by the Maharashtra Environment and Climate Change Department on December 9, 2021, and the State government forwarded the request to the Centre in February.

Of the 9 criteria to declare a wetland as a Ramsar site, Thane creek fit 7. The wetland was declared as a Ramsar site under criterion 2 (having globally significant species), 3 (maintaining biogeographic diversity and supporting plants and animals at critical stage), 4 (support during critical life cycle stage or in adverse conditions), 5 (over 20,000 waterbirds), 6 (rare and threatened waterbird species), 7 (supports a significant proportion of indigenous fish), and 8 (important source of food for fishes, spawning ground, nursery and/or migration path on which fish stocks depend).

Dr Afroz Ahmad, Expert Member, National Green Tribunal (Principal Bench) & Former Member, National Wetland Committee under MoEFCC, aid “Thane Creek's designation as a Ramsar site is truly significant because it marks not only India's first Ramsar site to be located within an urban city but also one of the country's largest wetlands to be designated as having international significance. This region is undoubtedly an ecological hotspot with a high potential for biodiversity. This declaration will enable the relevant agencies to safeguard and protect this area as well as encourage people to conserve and guarantee its sustainability, particularly during these trying times of climate change. It will serve as a deterrent for encroachments that pose a threat to such areas and open the door for education with the eventual goal of designating more significant waterways in Maharashtra as ecologically sensitive hotspots.” 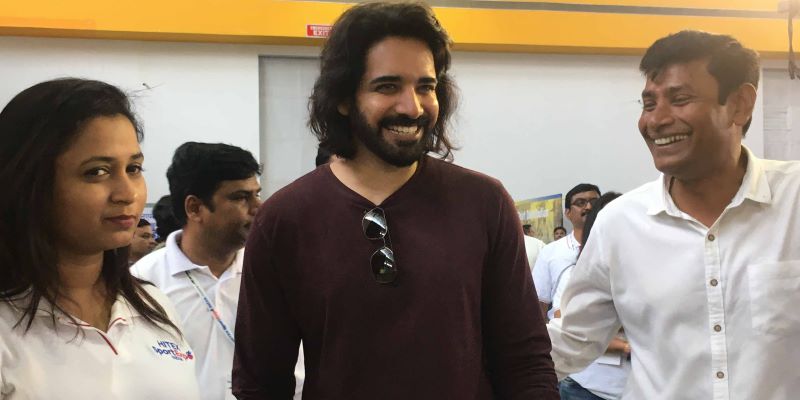 No Sea- No Worry! City of Hussain Sagar Gets Beach Volleyball

Kids have joy of Amrut Mahotsav on Hyd Metro